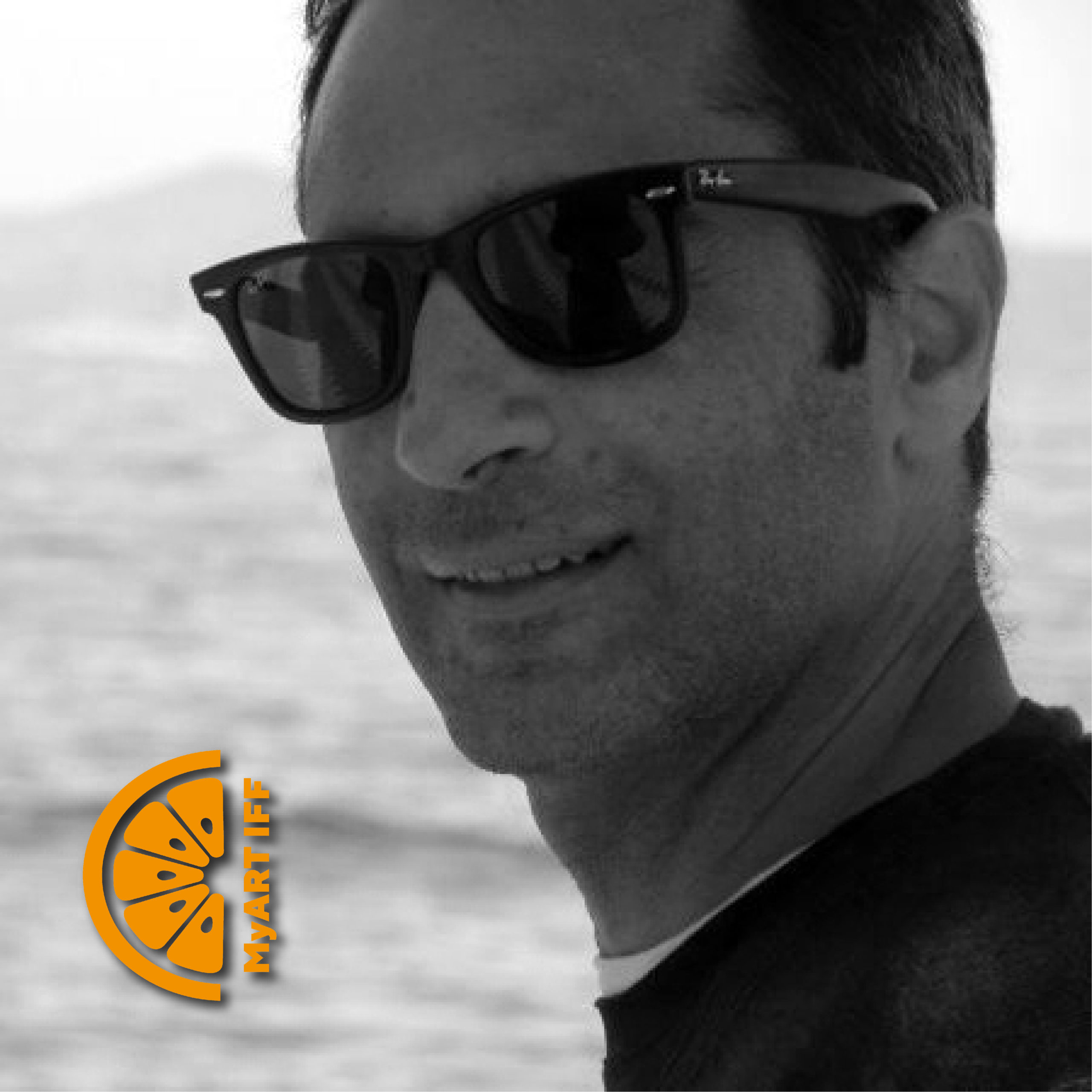 Alfredo Federico in 2006 was actively involved with The Latin American Film Company, which produced many high-profile arthouse films such as Tropa de Elite, directed by Jose Padilha (Berlin Film Festival, Golden Bear Winner, 2008), The Burning Plain directed by Guillermo Arriaga (Venice Film Festival, Official Competition, M. Mastroianni Award, 2008), In 2011  he founded 39FILMS, an independent audiovisual production company based in Italy. 39F produces documentaries and features films, mainly focused on social and political content. 39F coproduces films with more than 10 countries worldwide, from documentaries in Tajikistan and Iran to the first Italian coproduction with Kosovo and Georgia. In 2017, Netflix acquired two documentaries produced by 39F, Caffè Sospeso and Food on the go. in the same year, 39F produced Soledad, directed by Agustina Macri with Disney Italia, in co-production with Argentina, the feature film has been screen in many international festivals. Works by 39F have been selected in many international festivals such as the Warsaw Film Festival, Rome Film Festival, San Sebastian Film Festival, Toulouse Film Festival, Bafici in Buenos Aires, Toronto Film Festival and Havana Film Festival. Alfredo Federico is a co writer of Machiavelli, the prince script. He is currently post-producing the film Negative numbers (in coproduction with Georgia and France). His works in progressinclude the documentary The brown heart of Asia, the film The andromeda galaxy (with Kosovo) and Conversazioni con altre donne (remake). 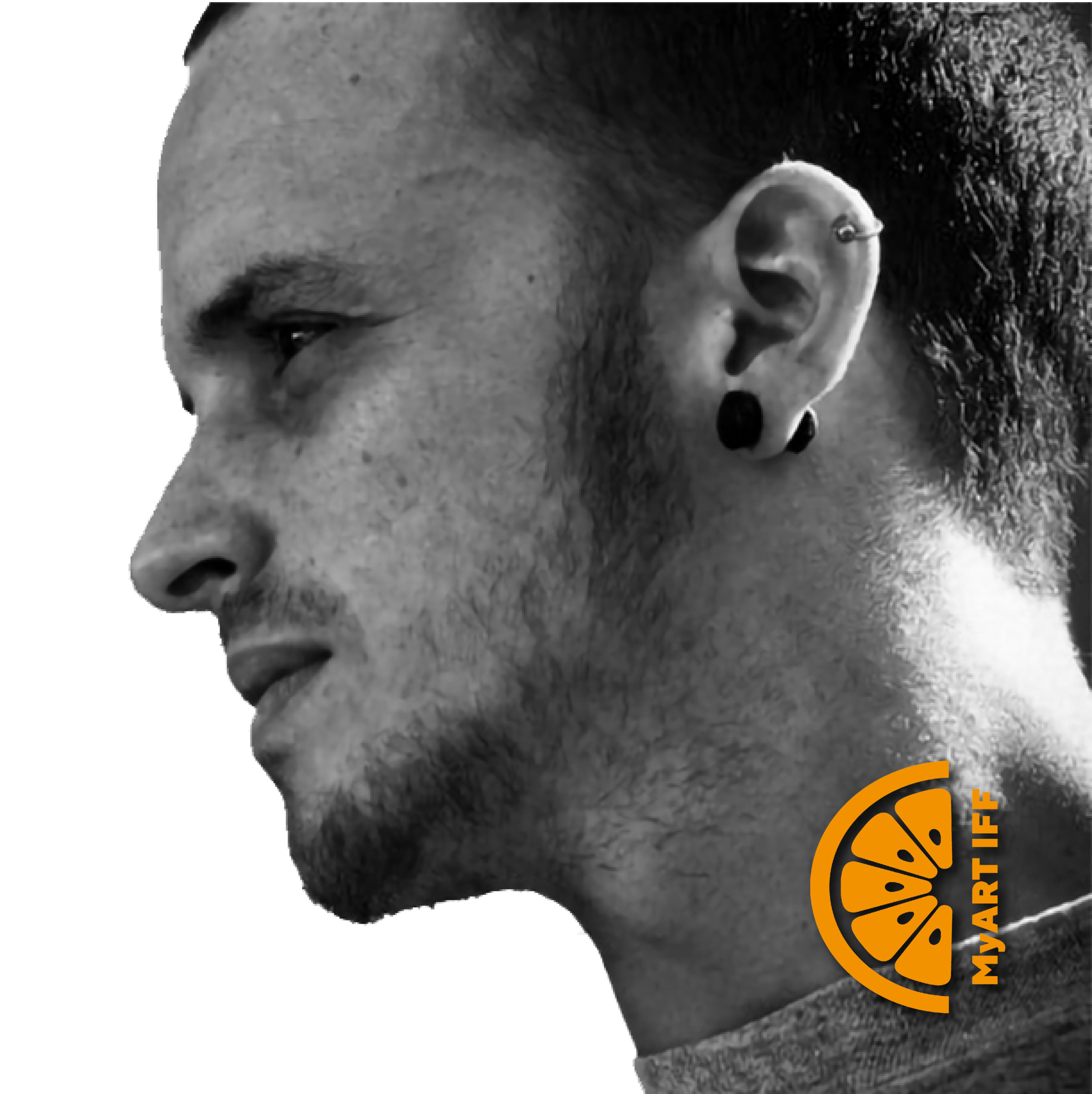 He has made his debut in 2011 with Jali road, a totally independent and self-produced project, shot in Malawi and presented in comptetition at Rome Independent Film Festival in the same year. His second film, Buracos, was shot in Brasil in 2012 and selected in many international fetivals, as well as Nar per fer, co-produced by Small Boss and Decima Rosa and shot with the contribution of Trentino Film Commission. His latest film, L’ultima cattedrale, shot in January 2021 in co-production with Small Boss, Palacios Film was shot with the contribution of Regione Emilia-Romagna, MIBACT, BBC, France Tèlèvision, RTBF and it was broadcast in Italy, Brasil,Sweden and Croatia, as well as on Netflix. 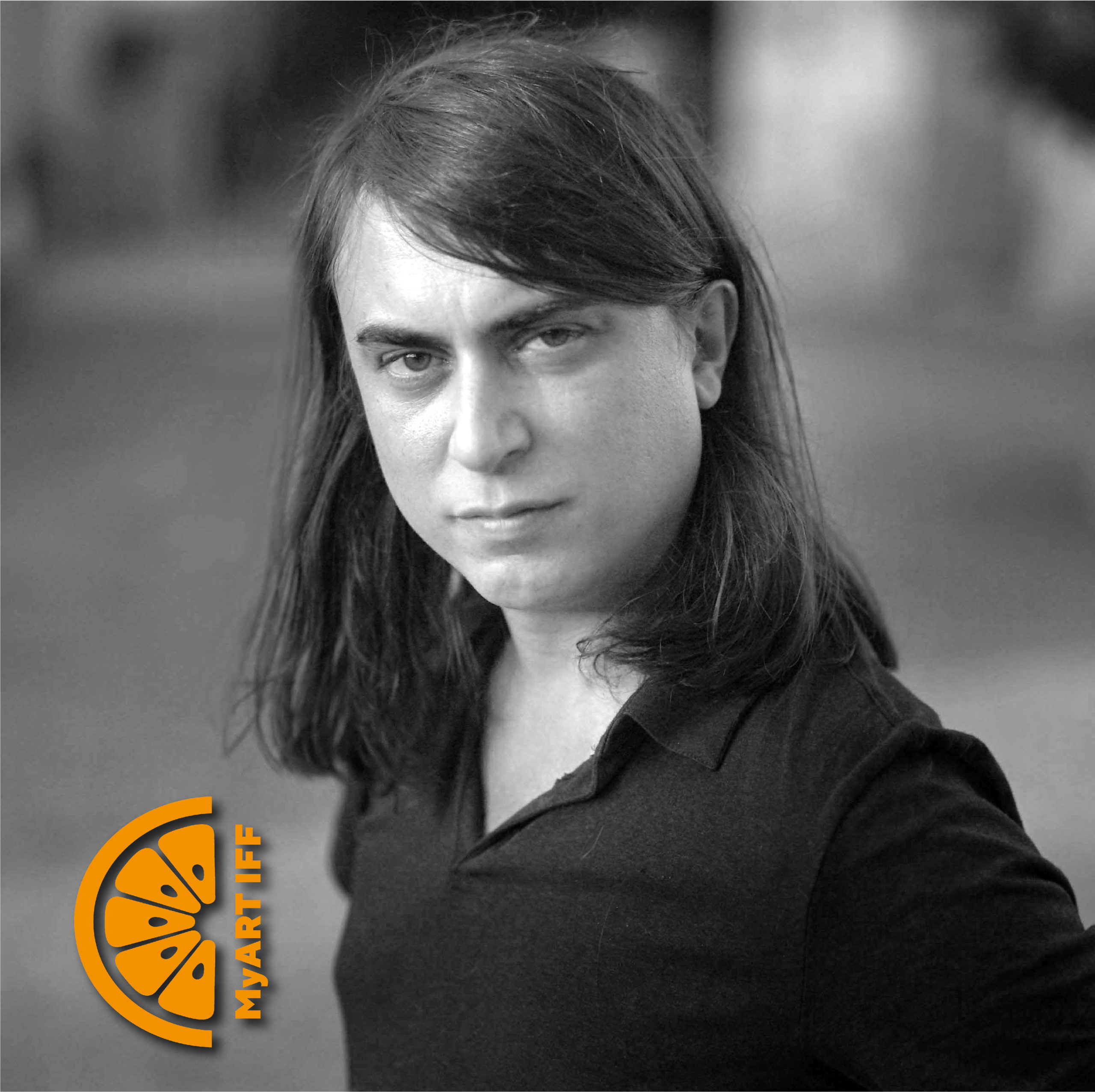 While studying at DAMS in Bologna he shot his first short film,  La sua gamba (2001), winner at Bellaria Film Festival (2002). He studies film direction at Centro Sperimentale di Cinematografia where he shoots the short filmsL’armadio and Dentro Roma, winner at  Nastro d’argento for best short film, best photography at Arcipelago Film Festival in 2006 and shortlisted at  David di Donatello as best Italian short film. He has written many screenplays dealing with queer issued like Fuoco all’anima (written with Josella Porto, nominated for Premio Solinas 2007 storie per il cinema, loosely inspired by the crime committed in Giarre in 1980) and  Cavalli marini (about trans-parenting, winner of  the MIBACT – CNC Brasil coproduction award).

He then devotes himself to documentaries, shooting two films about costume designer Piero Tosi (L’abito e il volto, 2009, audience award at Biografilm Festival 2010, and Piero Tosi 1690, 2014) and in 2014 cooperates with director Gianni Amelio taking care of the casting and the documentation of Felice chi è diverso, a documentary film about the relationship between society and homosexual people in the 20th century.  He keeps researching the Biopic field with  In un futuro aprile, a documentary about Pier Paolo Pasolini and his bond to Friuli and its language, featuring  Nico Naldini, poet andPasolini’s cousin. The documentary film was shortlisted at Nastri D’Argento 2021 and won many awards: Special mention at the 16th Edition of  Biografilm Festival of Bologna, Best Film and Sky Arte award at the 38th Edition of Asolo Art Film Festival.

He is currently working at his first fiction film called Una femmina, produced by O’Groove and Tramp srl, loosely inspired by the survey book“Fimmine Ribelli” by Lirio Abbate about the women victims of violence in the families of thecalabrian ‘ndrangheta.

Born in Crotone in 1986, Luigi D’Alife is a documentary filmmaker and director. Starting in 2009 he began his activity as a videomaker making several reportages and instant-videos on social and current issues, seeking a point of view external to that of the mainstream media. He carries out his activity deepening and becoming particularly passionate about the Kurdish question and that of the borders. On several occasions he travels through the southeast of Turkey, Iraq and Syria. In September 2015 he was part of the first international delegation to be able to enter the city of Cizre less than 48 hours after the end of the curfew. From the will to tell this experience comes the short-documentary “The massacre of Cizre” (2015 – 16′). In March 2016 he left again for Syria to make a film on the border that divides Kurdistan Rojava (Syria) from Kurdistan Bakur (Turkey). In May 2017 he published his first feature film “Binxet – Under the Border” (2017 – 94′), which tells the condition of the Kurdish people who suffer the violence of the Turkish army in Kurdistan after the agreement on immigration between the European Union and Turkey. The film, accompanied by the narrator of the actor Elio Germano, participates in several film festivals with great success for audiences and critics. At the beginning of 2018 it is again on the border, the one between Italy and France, to tell the journey of migrants who try to reach France through the Alpine passes. He made some short reports that are aired in the program “Propaganda live” and the docu-reportage “The western border” (2018 – 20′). At the end of 2018 he joined the collective SMK Videofactory with whom he made his second feature film, “The Milky Way”. 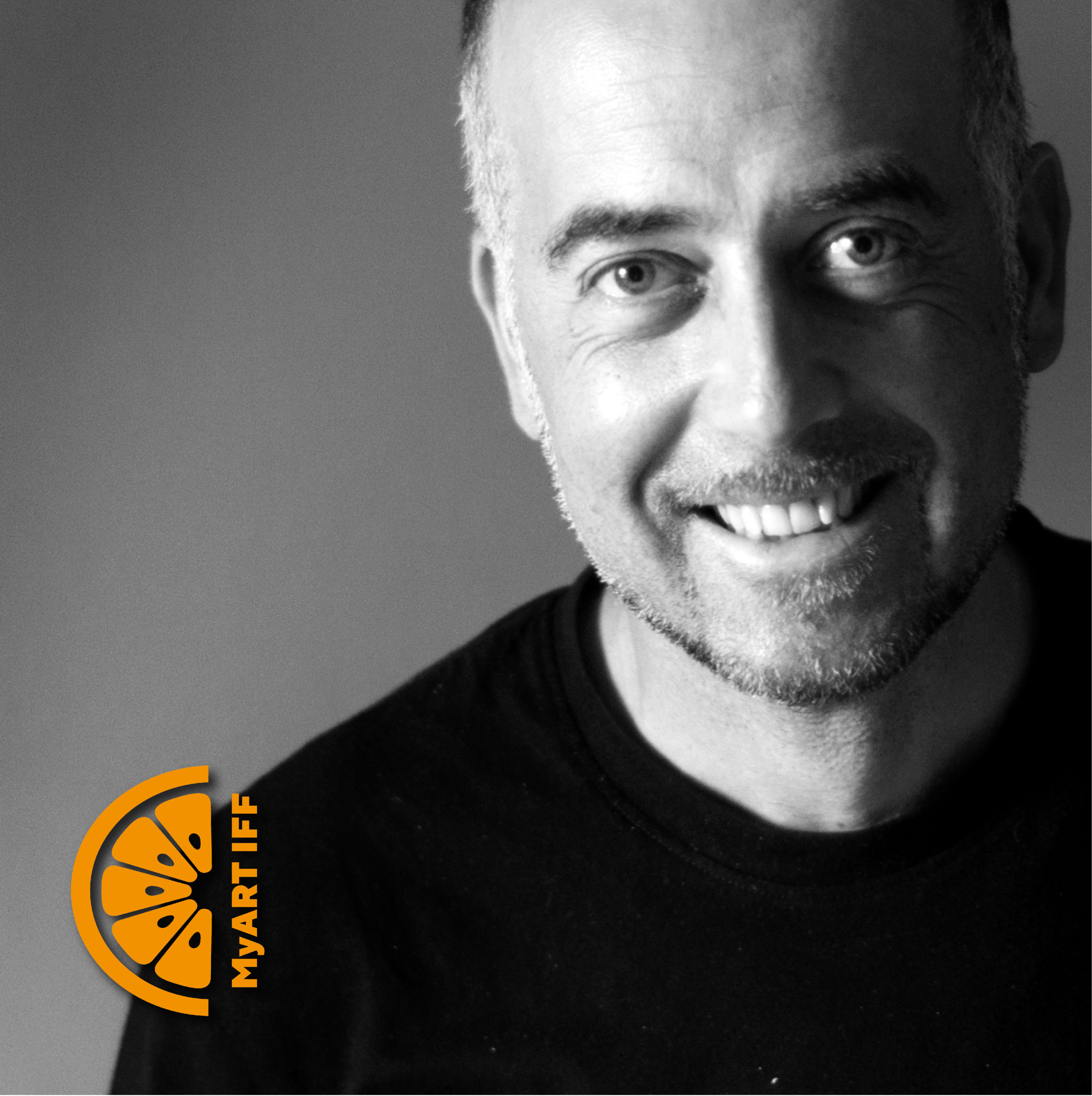 He was born in Udine in 1967.  He is member of AIC and IMAGO. He graduated in photography with a still life, fashion and portrait portfolio at IED in Milano/Roma in 1987. He then wins a scholarship in photography direction at CSC in Rome (1990), his teacher being Giuseppe Rotunno (ASC, AIC). From 1990 to this day he has worked on the photography of 32 films, 30 documentary films and many ads for brands like Armani, Longchamp, Hennessy and many others.

Together with his work as cinematographer, he joins exhibitions and photographic productions as a photographer, like in “100 fammes” (Morocco 2017). In the last four years he has also directed music videos and short films for italian and arab singers and musicians. His latest work is “GoldbergSerpentineLove”, a musical short film with musics by Bach for Piano fvg, screened at the Festival del cinema di Venezia. 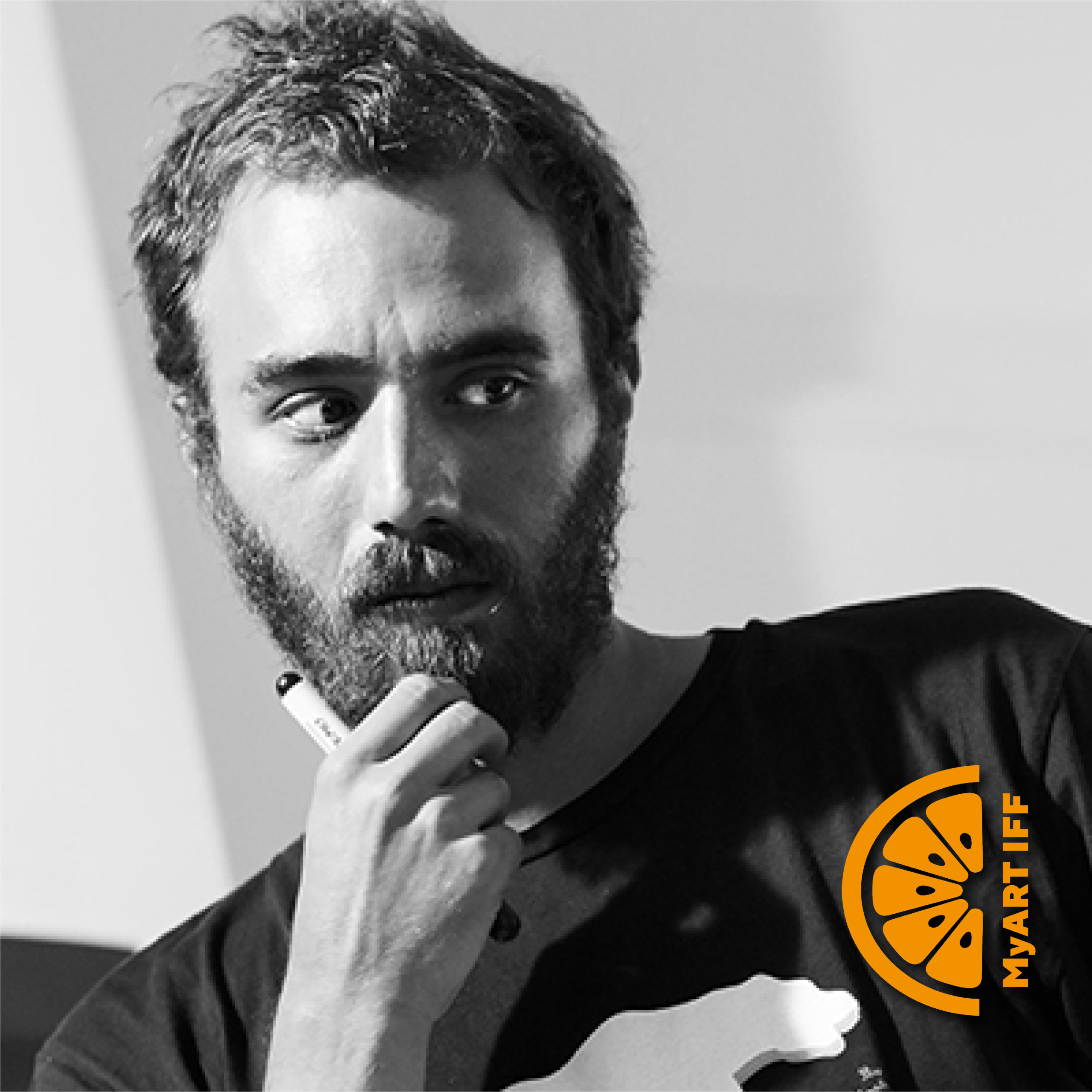 He was born in Crotone on the 22nd of July 1982. In 2011 he won the “Premio Luigi Bandera” at Baff (Busto Arsizio Film Festival) and the Jury’s Special Mention at Sonar Script 2011, signing the screenplay of the film“Il Gran Finale”. He was the screenwriter of the short films  “Fulgenzio” (2012) and “Penalty” (2016), the latter being funded by MIBACT and winner of many awards in Italy and abroad, among which the  Globo d’Oro for the best short film, the Siae “I love GAI” Award at the Mostra Cinematografica di Venezia, shortlisted atNastri D’Argento and the official selections in 4 festival of the Oscar circuit (Gijon, Nashville, Athens, Odense).