The artistic directors appoint the members of the judging panel for the individual competitive categories. The “Documentary” section will be judged by prominent personalities from the national cinema industry who will evaluate the works submitted according to both artistic and productive criteria.

The panel for the “Short Film” section will be formed by young professionals from the cinema industry who will evaluate the works according to various criteria of aesthetic direction, from screen-writing to acting.

Moreover, a people’s choice panel will be selected, formed by students from partner schools, for the bestowal of the award for best short documentary competition. 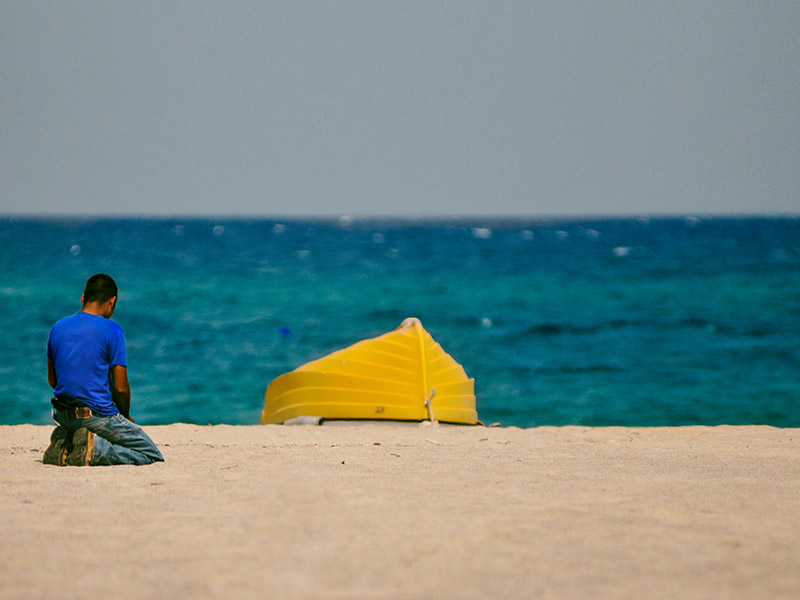 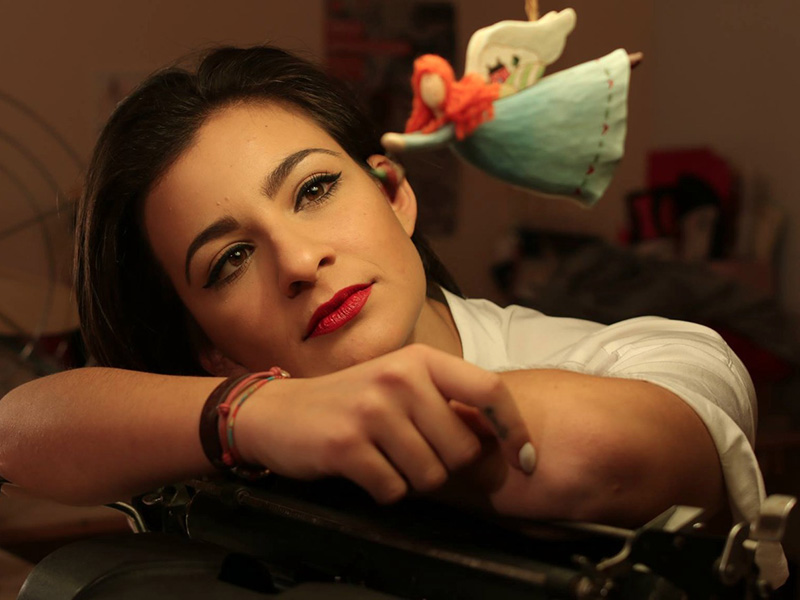 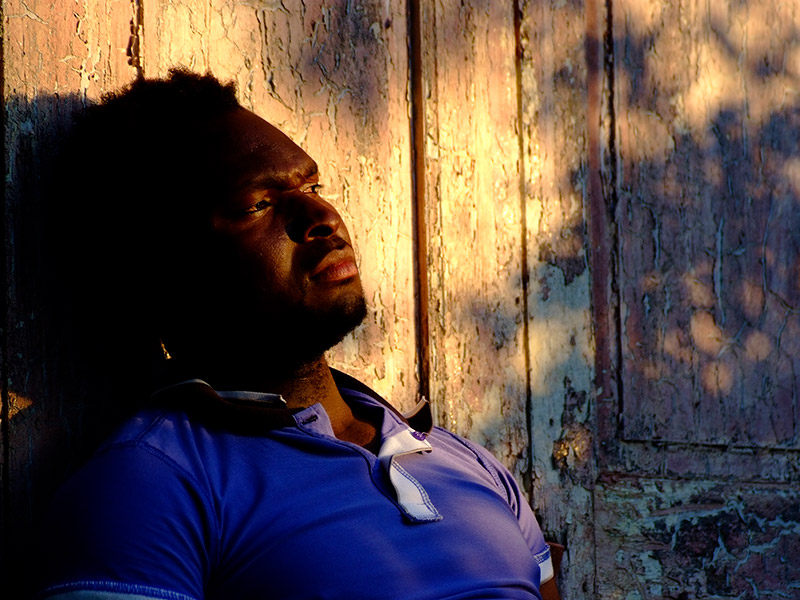 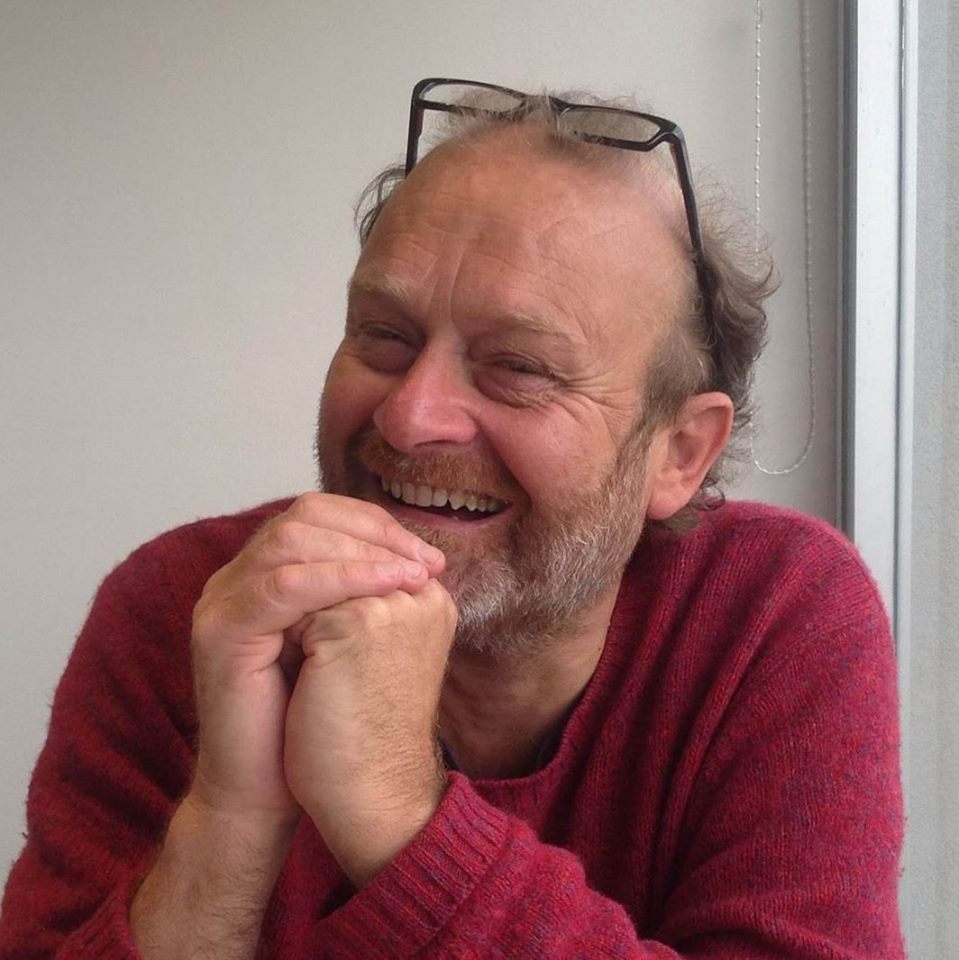 He teaches direction at Csc- Centro Sperimentale di Cinematografia di Roma (Center for Experimental Cinema at Rome); he is program co-ordinator and teacher of direction in the Masters in Cinema and Television at the University Suor Orsola Benincasa of Naples, as well as module convenor for the Documentary Cinema Workshop in Dams (Department of Arts, Music and Theatre) at Roma Tre University. 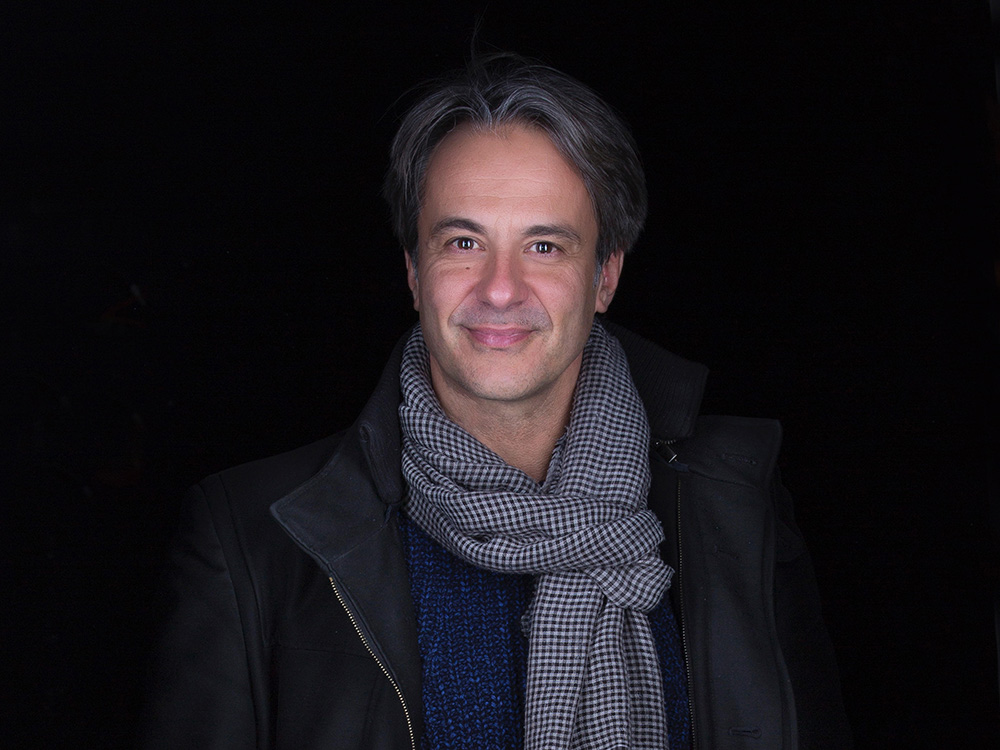 Mario Mazzarotto was born in Treviso on 19th October 1965. Since 1993 he has worked as a producer for the main television networks both nationally (Rai, Mediaset, Stream, Telepiù) and internationally (Channel 4, Mtv, Planete) creating numerous television programmes. In 1995 he founded  Intelfilm society, which produced and co-produced Italian  films. The films and short films, fiction or documentary, produced by Mazzarotto express a strong interest in social responsibility, an innovative use of cinematographic language and new technologies. In 1998 Intelfilm was the first society to produce a film with digital techniques, Due Volte Nella Vita (Twice in a lifetime) a black comedy directed by Emanuela Giordano. Over the years, Mazzarotto has worked with other directors, expert or emerging, like: Lina Wertmuller, Citto Maselli, Paolo Virzì, Gabriele Muccino, Guido Chiesa, Daniele Vicari, Daniele Cini, Renato De Maria, and Filippo Soldi.  In 2009 he co-produced, with Blue Film, Marco Puccioni’s documentary Il Colore delle Parole (The Colour of Words), which was entered in the Horizons section at the 66th Venice Film Festival. In 2009 he produced the following short films: Mio Figlio (My Son), directed by Filippo Soldi and starring Alba Rohrwacher and Claudio Santamaria, Amiche (Friends), directed by Massimo Natale, which won a special mention from the Italian National Syndicate of Film Journalists at the Nastro d’Argento 2009 for its ethical and social value, and finally Linea Nigra directed by Anna Gigante, entered in the Reverse Shot Section at the 67th Venice Film Festival. From 2008 Mazzarotto worked as a distributor as well as a producer, founding Movimento Film, which obtained the Golden Globe in 2009 for Best Distributor and the 20th anniversary European Silver Ribbon for Andrzej Wajda’s career. Among Movimento Film most recent distributions: Il Colore delle Parole (The Colour of Words) by Marco Simon Puccioni, (official selection at the 66th Venice Film Festival – Horizons Section), the documentary film Noi Che siamo Ancora Vive (We Who Are Still Alive) by Daniele Cini, and Hitler in Hollywood by Frederic Sojcher, (which won the Fipresci Prize at the Karlovy Vary International Film Festival, and was presented at the Giornate degli autori – Venice Days at the 67th Venice Film Festival).  His next project is the important international co-production of El Futuro (The Future) by Alicia Scherson, which tells the story of Un Romanzetto Canaglia by Roberto Bolano.  The Foreign Press Association in Italy assigned the Golden Globe 2008-2009 for Best Distributor to Movimento Film for Andrzej Wajda’s Katyn. In 2008 Mazzarotto was part of the network A.C.E. – Atelier Européen du Cinema. Since December 2004 he has been part of the executive committee of the Association NICE for the promotion of Italian cinema abroad: New York – Los Angeles – Moscow- St Petersburg – Amsterdam- Shanghai 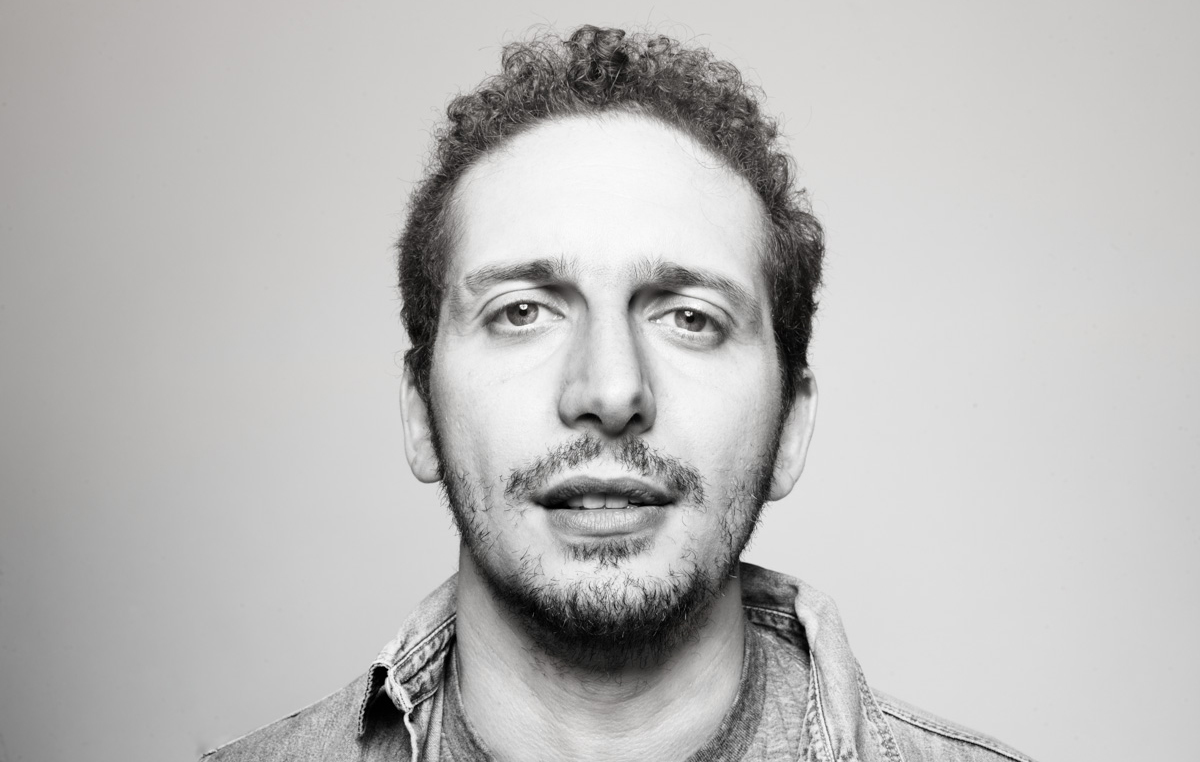 Film director and screenwriter
Fabio Mollo was born in 1980 in Reggio Calabria, Italy. In 1998 he moved to London, where he graduated in Visual Theory: Film History at the University of East London in 2002, making his first steps into the world of cinema. His first short film, “Troppo Vento” (“Too Much Wind”, 2003), won several national awards and earned him admission to the directing class at Centro Sperimentale di Cinematografia di Roma. During those three years of study, he directed several shorts including “Al Buio” (“In the Dark”, 62° Mostra Internazionale d’Arte Cinematografica di Venezia, Kodak Award at Visioni Italiane) and “Giganti” (“Giants”, 58th Berlinale, Best Short Film at Torino Film Festival, Special Mention Award at Nastri d’Argento, International Press Award in 30th Clermont-Ferrand Film Festival).
In 2011, he’s one of ten young international film directors selected by the Cannes Film Festival Cinéfondation Atelier.
In 2013, he shot his first feature film “Il Sud è Niente” (“South is Nothing”), produced by b24film, with Vinicio Marchioni, Miriam Karlkvist and Valentina Lodovini. The film is selected in competition at 64° Berlinale (where the protagonist Miriam Karklvist receives the Shooting Star Award), 38t°Toronto International Film Festival and 8° Festival Internazionale del Film di Roma (Taodue Award “Camera d’Oro”).
In 2015 he released “Vincenzo da Crosia” (“Vincenzo from Crosia”), his first feature-length documentary. Produced by Wildside, the film is based on the incredible life of Vincenzo Fullone and the events of Crosia. The work is in competition at the 33rd Torino Film Festival (where it received a Special Mention – Avanti Award) and finalist at Nastri d’Argento.
Between 2015 and 2016, he follows the director Paolo Sorrentino while filming the TV series “The Young Pope”, produced by Wildside for HBO and SKY. He makes Behind the Scenes and a documentary called “The Young Pope – a Tale of Filmmaking”.
His second feature film, “Il Padre d’Italia” (“The Father of Italy”), produced by Bianca Film, starring Luca Marinelli and Isabella Ragonese, is currently in cinemas. 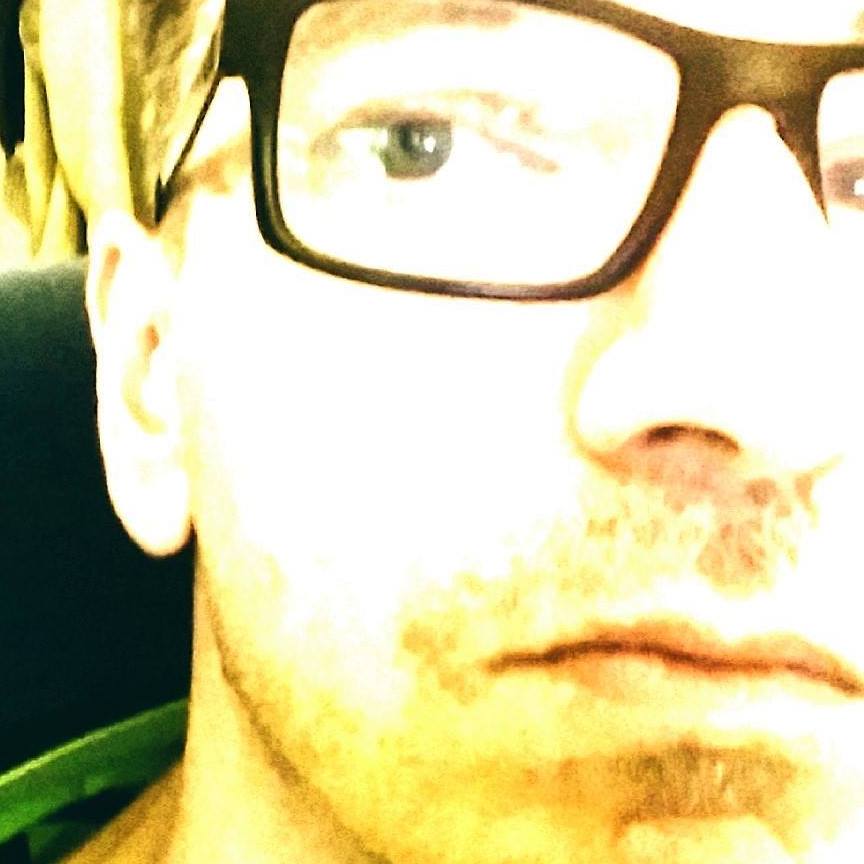 Giuseppe Scarpelli was born in Cosenza in 1969. He is a veterinary medicine graduate but – just like the director Marco Ferreri – his great passion is cinema. In 1992, he organised his first cinematographic exhibition. In 2005 he founded, together with a group of friends, Falso Movimento Cineforum, offering an alternative program to cinema screenings, favouring films that are not distributed in Italy. In December 2006 he organised the exhibition Derive d’Oriente (Derived from the East) in collaboration with the Department of Culture of the Comune of Cosenza at the House of Culture. In 2009 he supported the administrators of the social enterprise Eunoè when they took over the management of the Communal Theatre in Rovito, which became the effective seat of the Cineforum, with a weekly program. In November 2012, together with show business expert Ugo G. Caruso, he organised the exhibition Ombre Sonore: Storie di musica attraverso il cinema  (Shades of Sound: Stories of Music Across Cinema). In 2013 he held the retrospective Con gli occhi della meraviglia: un viaggio sensoriale nel cinema di Ron Fricke (With Eyes of Wonder: a sensory voyage in the cinema of Ron Fricke) in collaboration with l’Acquario Bistrot at the Teatro dell’Acquario in Cosenza. Since 2014 he has been the artistic director of La Tela e Lo Schermo – un breve excursus cinematografico sul rapport tra Cinema e Arti Figurative (The Canvas and the Screen – a brief cinematographic aside on the relationship between Cinema and the Figurative Arts), in collaboration with the department of Culture of the Comune of Rende. 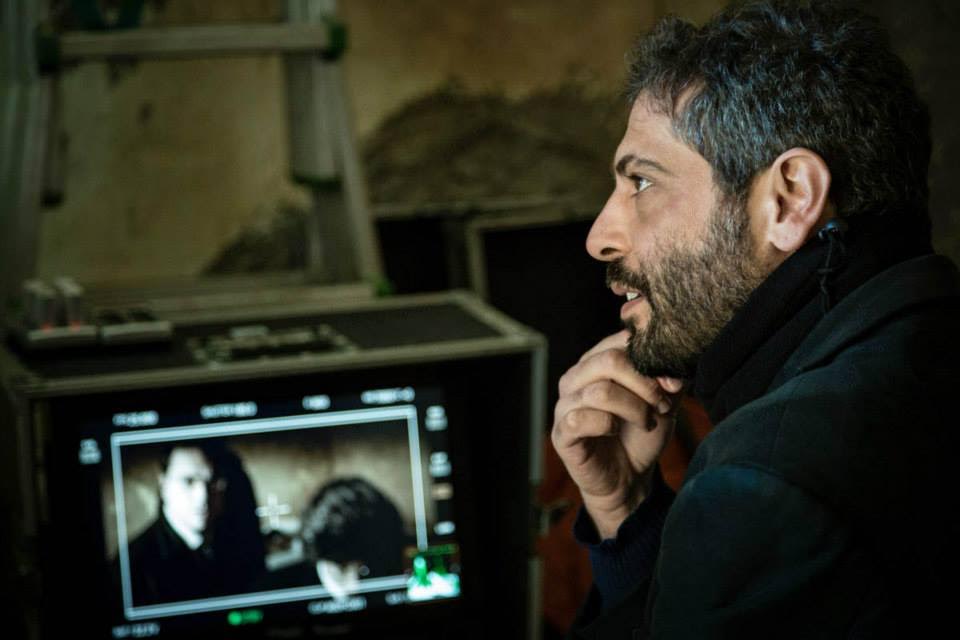 Emiliano Barbucci was born in Reggio Calabria in 1981, and graduated in Disciplines of Art, Music and Theatre in 2008, with a thesis in documentary cinematography. He worked for two years under the supervision of Professor Cesare Pitto, full professor of Education at the University of Calabria, participating in the research project: “First Map of the Insularity of the South: sea, islands, communities, culture, transport and communication.” The Department of Literature and Philosophy at Unical awarded him the biennial 2009-2010 title of Subject Enthusiast in Demo-ethno-anthropological Disciplines. He directed his first work in 2009, producing the ethno-anthropological documentary short Stronger than the Sea (Forte Più Del Mare). In 2010 he was assistant director to Fabio Mollo on the documentary The Midday Dream (Il Sogno A Mezzogiorno). In 2012 he filmed the reportage Not Said to Live Well (Vivere Bene Non Si Dice), and Rights to Hell (Diritti All’inferno) published by Repubblica.it.

In 2015 he filmed the short Racism is an Ugly Dream (Il Razzismo È Un Brutto Sogno) for the Central Service Sprar – Italian Home Office. In august 2015, he was selected to participate in Marco Bellocchio’s summer school, the School of Further Cinematographic Development for Filmmakers, which was run by Daniele Ciprì during the Bobbio Film Festival 2015. In 2016 he filmed Gramsci 44, his first feature film. 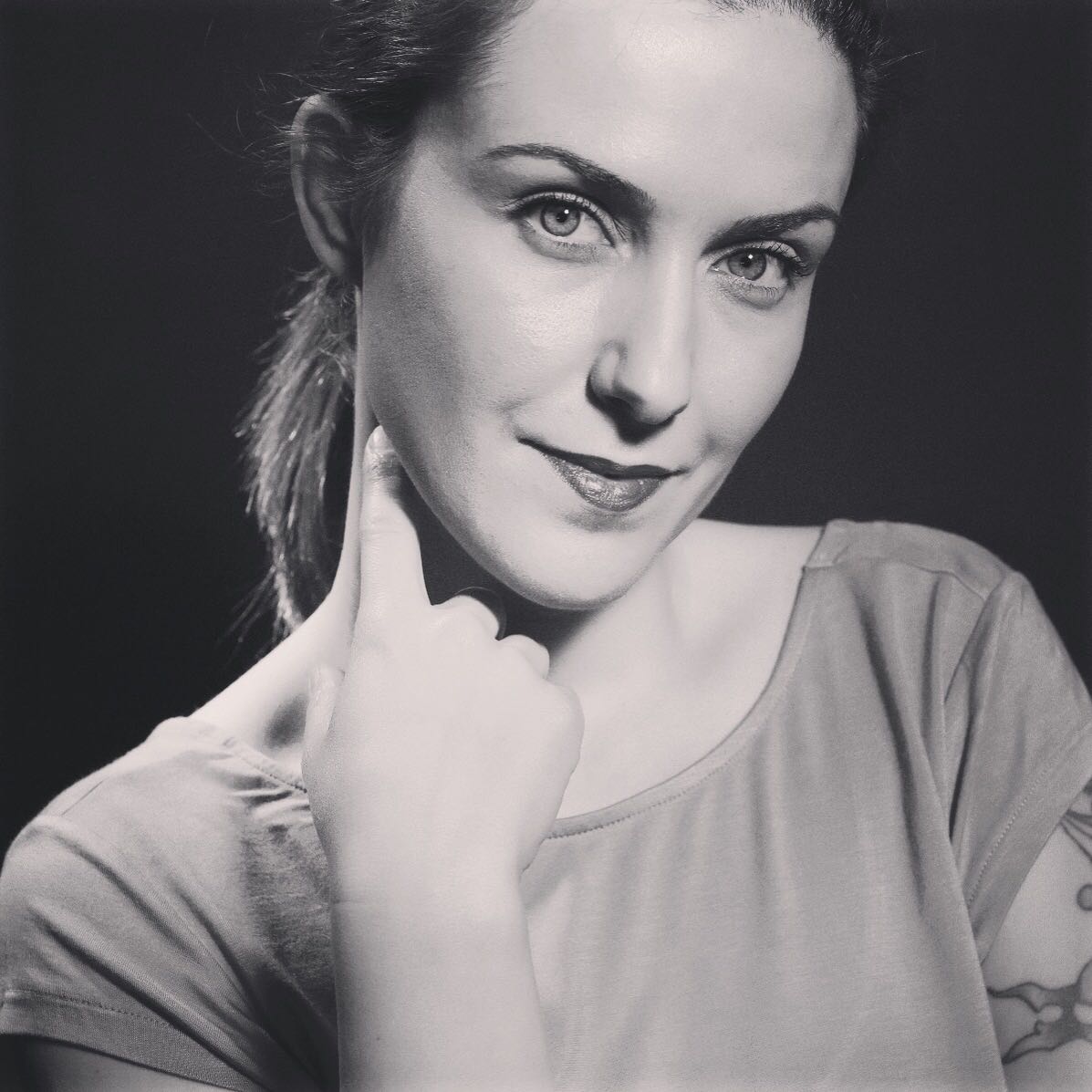 Jessica Resteghini is a professional actress. After attending an Arts High School, she studied at Rino Silveri’s  Academy Always Theaatre. She attended a master at The Little Theatre in Milan in 2009 and Endas  master in 2013. She has worked in diverse positions in Milan theatres, tackling contemporary theatre, greek tragedy, and vernacular theatre.

She participated in many short and medium-length films, some of which have won prizes in Italy and abroad. Lead actress in some independent films distributed abroad. Actress, mother, painter, sculptor, fond of animals and nature. 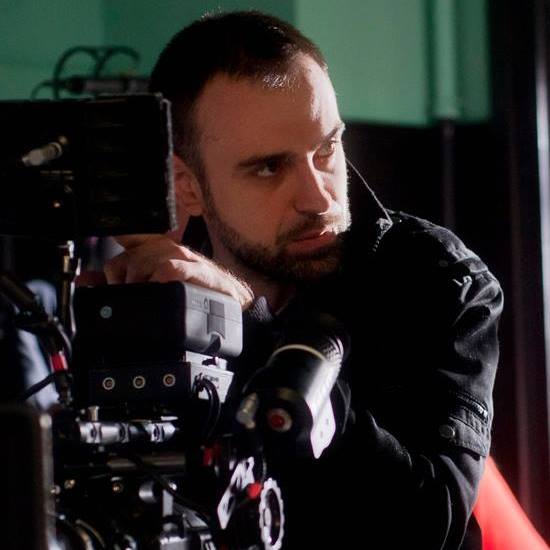 Giancarlo Lancioni was born in Rome in 1979. Having always cultivated a passion for the visual arts, he attended the cinematographic photography course at the Experimental Centre for Cinema, directed by master Giuseppe Rotunno. Graduated in 2006, he participated as Director of Photography in Andrea Lodovichetti’s short film Under my Garden (Sotto il mio Giardino), winner of diverse festivals among which the “Babelgum On Line”, the judging panel of which was headed by Spike Lee. He was photography director  in various short films, TV programmes, documentaries and music videos, collaborating with different directors such as Marco Risi, David Emmer, Cosimo Alemà, Andrea De Sica, and Marco Missano. 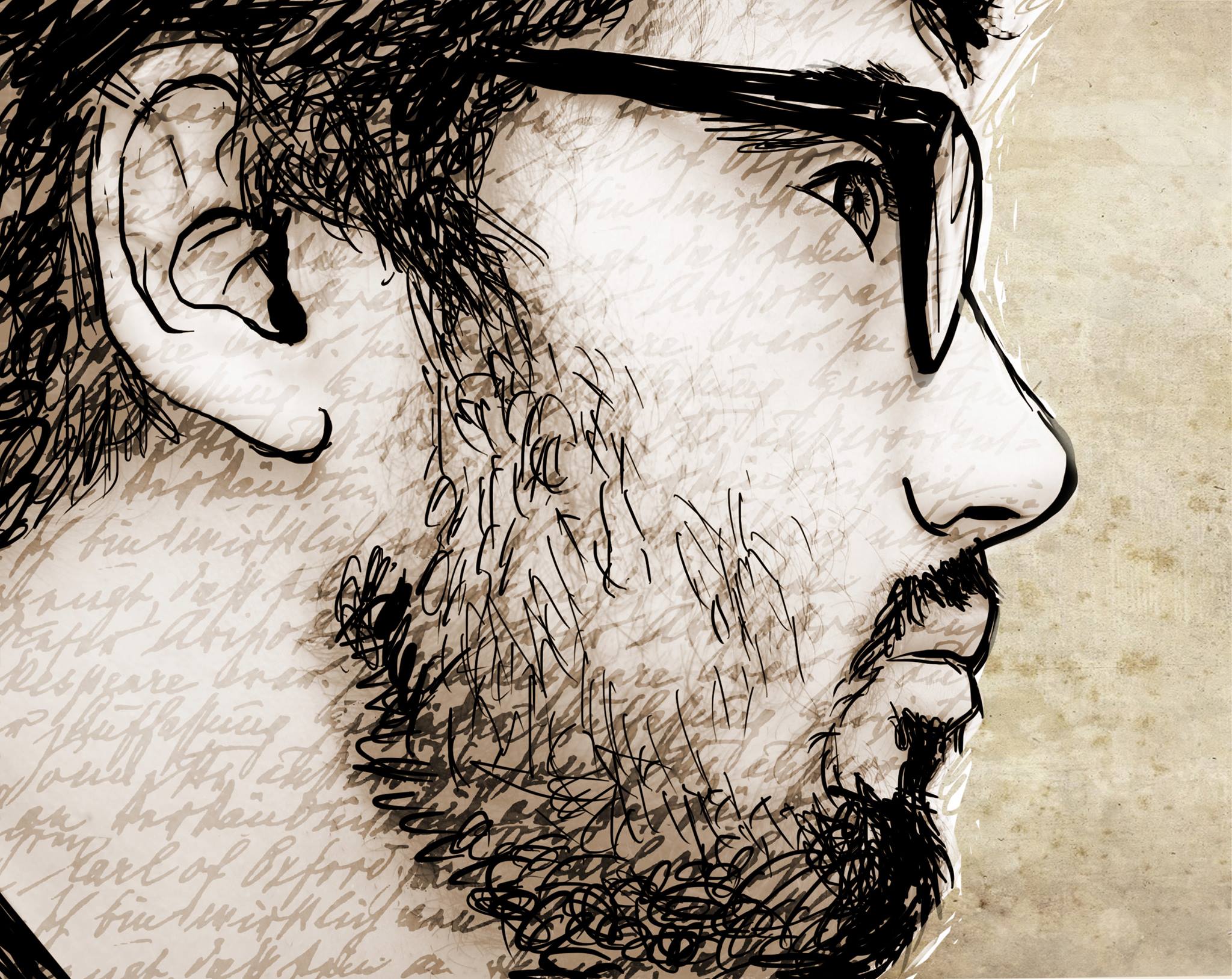 Uncle to twelve nephews, Emanuele Milasi graduated in Science of Communication at the University of Siena. In 2016 he wrote the documentary “Made in Italy” with Alessia Rotondo, which was directed by Valentina Be, and which launched the television channel Fox Life in Italy. In the same year Gramsci 44 was released, a documentary film that he wrote and executive produced. He is author of various short films and in 2011 won The Honourable Mention at Los Angeles Movie Awards with The Barefoot Humanity. In 2013 he was selected by the Department of Youth – Italian Government to work on a cinema and new media project in Los Angeles co-ordinated by Ucla – University of California, Los Angeles. He has been the artistic director of Pentedattilo Film Festival since 2006.

The films competing within the short documentary section will be evaluated by a mixed jury, represented by the artistic management of MYArt Film Festival – who will express a technical judgement –  and a delegation of students from some partner schools, who will express their opinion about the narrative efficacy of each film screened during the three evenings of the event.
The mean of the expresses votes will define the winner of the “shortdoc” section.