The members of the jury for the documentary section and the short film section of MyART will be nominated over the next few months. 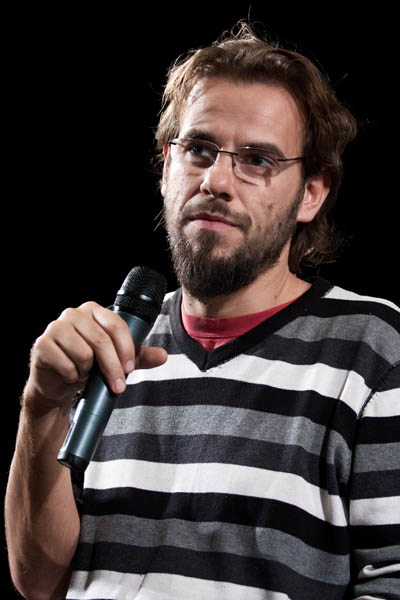 Fiction and documentary film director, he is also PhD in Sociology of Communication at University of Bologna, where he taught until 2010 as an expert of ethnographic analysis of video production and social communication theories, specially in the field of international solidarity.

At the 76th International Exhibition of Cinematographic Art of Venezia, Segre presented “Il Pianeta Mare, a documentary about the industrial zone of Marghera. Since the beginning, his works have mainly dealt with migrations and minorities: “Lo sterminio dei popoli zingari (1998), “A Sud di Lampedusa” (2006), “Come un uomo sulla terra” (2008), “Il sangue verde” (2010).  At Bif&st 2012 he won the Franco Cristaldi Award for the best film (“Io sono Li”) and the Vittorio De Seta Award for the best documentary (“Mare Chiuso”). 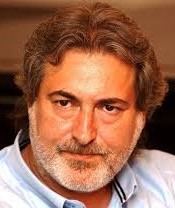 Ilir Butka is a film director and film producer. Mr Butka graduated the Albanian Academy of Arts in Albania. For the last five years he was the Chairman of the Albanian National Center of Cinematography. Mr. Butka was one of the founders and former director of Tirana International Film Festival, the very first international film festival in Albania. As producer with “Ska-ndal Production” in the recent years he produced successful movies such as Honeymoons – directed by Goran Paskalievic, La Nave Dolce – directed by Daniele Vicari, Here Be Dragons – directed by Marc Cousins.
Mr Bukta served as a member of film selection board of the Albanian National Center of Cinematography and Kosova National Center of Cinematography and also he was jury member in several film festivals. Actually Mr. Butka is the President of Albania Film Commission and also the co-founder of Balkan Film Market. 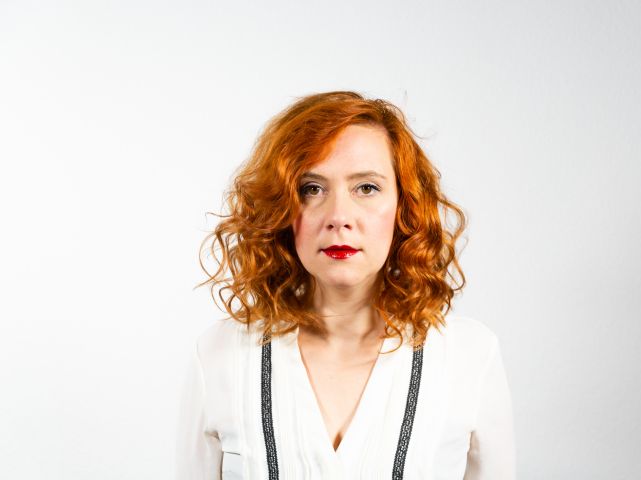 Anna Ramskogler-Witt studied art history in Vienna. She has worked in the fields of culture and human rights since 2008. Vienna based human rights film festival ‘This Human World’, and worked with the ‘Cinema for Peace Foundation’ as the leading project coordinator. Her previous positions included roles as PR manager for POOOL Film Distribution, program director of the human rights film festival “this human world” as well as office and project manager for the Cinema for Peace Foundation. In recent years she has also advised several non-profit organizations and filmmakers as an independent PR manager. Ramskogler-Witt joined ECCHR in March 2017 where she is responsible for the fundraising and donation department.

Anna Ramskogler-Witt studied art history in Vienna. In recent years she has also advised several non-profit organizations and filmmakers as an independent PR manager. Since 2017 she works with the European Center for Constitutional and Human Rights and in 2019 she became the artistic and organizational director of the Human Rights Filmfestival Berlin.

He becomes well known at the end of the 80’s for his film directions with Franco Maresco in the duo Ciprì e Maresco, in the  “Cinico TV” sketches broadcast on Rai 3, as well as for many films. Between 1995 and 1998 he directed films such as “Lo zio di Brooklyn” and “Totò che visse due volte”. As a photography director he has worked with the likes of film directors Renato De Maria, Marco Bellocchio and Roberta Torre.

In 2009 he won the photography award for “Vincere” at the Chicago International Film Festival. For the same film he has also won many awards in Italy. With “E’ stato il figlio” (2012) he won the Premio Osella for the best technical contribution at the 69th International Exhibition of Cinematographic Art of Venezia. In 2013 he won the Nastro d’argento as director of the best film. In 2014 he made “La buca”, released in September, starring Rocco Papaleo, Sergio Castellitto and Valeria Bruni Tedeschi. He also teaches film direction at the Griffith Cinema and Television Academy in Rome. 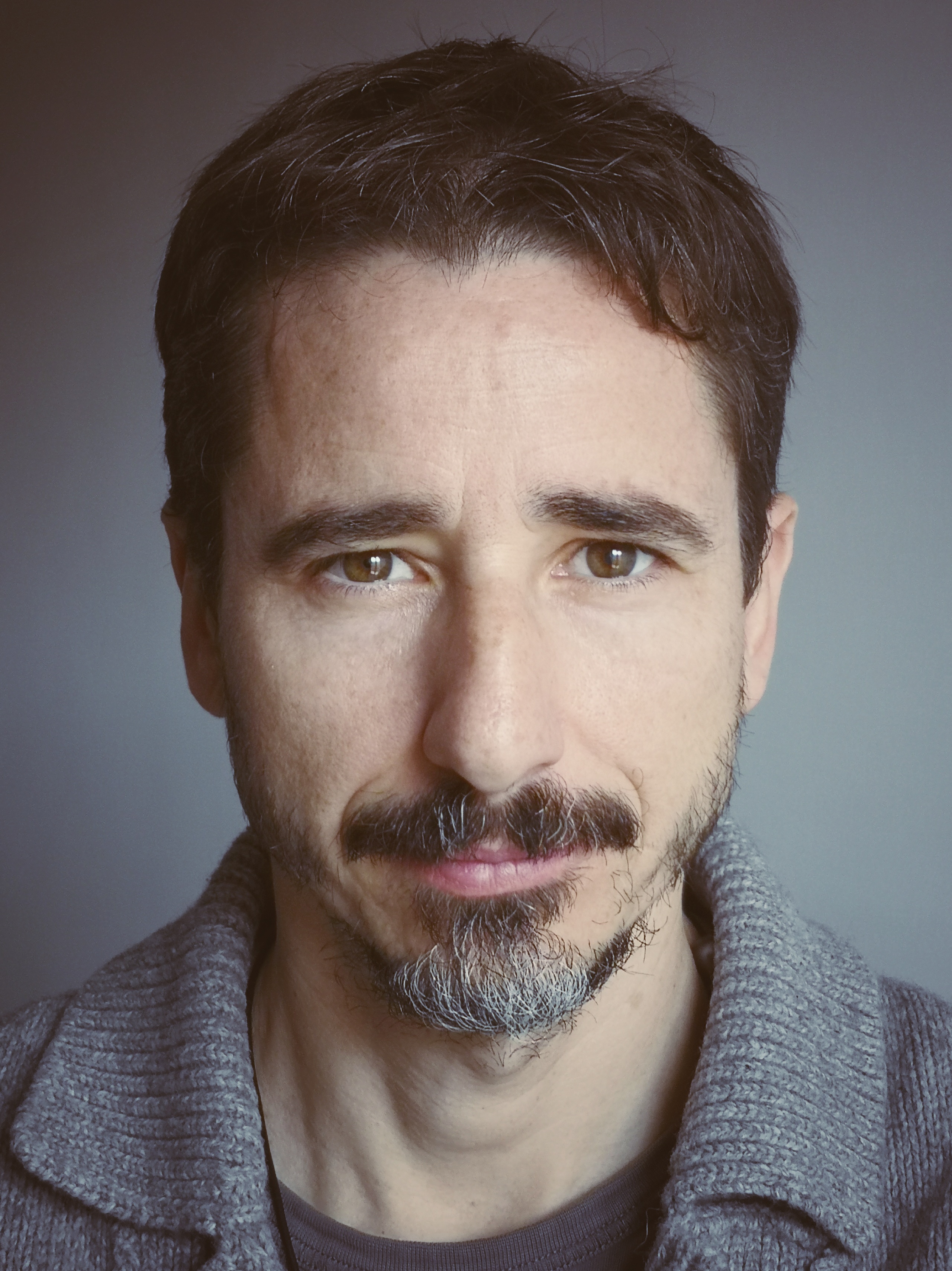 Alessandro Di Gregorio (1974) is an Italian director and documentary filmmaker. After his first experiences like assistant director he collaborates with Filmmaster by directing TV ads and other audio-visual products. His first documentary, 8744 wins several prizes and is acquired by History Channel while the next one, “Per chi suona la campanella” (2009), broadcasted on italian television Rai 3.  Since 2006, he collaborates with different production companies and directs programs and documentaries for leading Italian TV networks. His short movie “Frontiera” (2018) wins the Italian Academy Awards David di Donatello 2019. 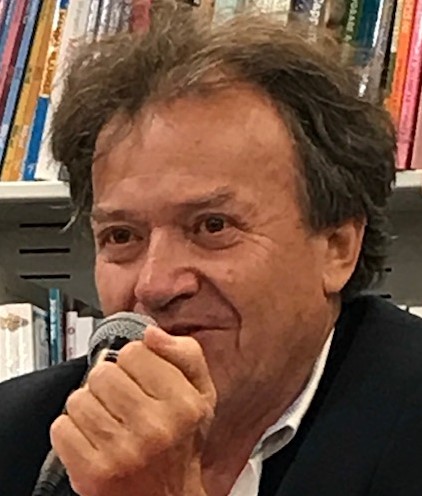 Corrado Giustiniani is a well-renowned journalist, writer and blogger and president of the Trevignano FilmFest, a themed film festival sponsored by the Italian Chamber of Deputies, which this year celebrates its eighth edition.
For more than 25 years he worked as “envoyé special” for the daily newspaper “il Messaggero”, then collaborated with the weekly “l’Espresso” and with “Il Fatto” and “Il Secolo XIX” newspapers. He also supervised and directed the online magazine of the Eurispes Research Institute. He is manager at “http://www.espresso.it” of the web page “I nuovi italiani” (‘the new Italians’), a historic blog on immigration born in 2007 on “il Messaggero”. He also edited the term “New Italians” of the Treccani Geopolitical Dictionary.
Amongst his books, “La casa promessa” (in English, “the Promised Home”, Einaudi, 1981), “Fratellastri d’Italia”(in English, “the Stepbrothers of Italy”, Laterza 2003), “Vivere insieme” (in English, “Living together”, Laterza 2006), “Dinosauri” (in English, “Dinosaurs, Sperling & Kupfer, 2015).  We remember also “La Balilla di Nonno Fabio” (in English, “The Balilla of Granddad Fabio”), a story about the cinema Palma history of Trevignano Romano, a sort of Nuovo Cinema Paradiso, which hosts the Trevignano FilmFest.