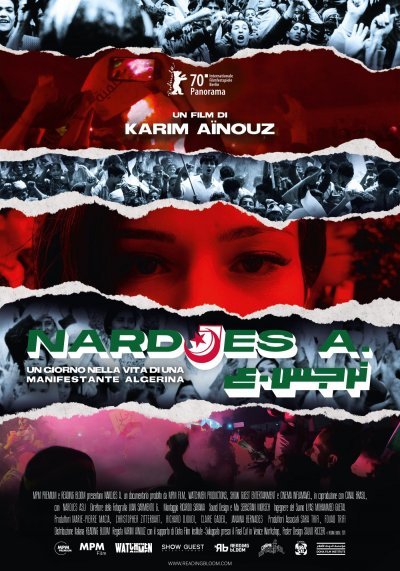 On 16 February 2019, a popular uprising against the candidacy of President Bouteflika, in the run for a fifth term, broke out in Algeria and resulted in the “Smile Revolution”. Nardjes, a young Algerian woman, took part in this movement that restored hope and replaced it with disenchantment. During his first trip to Algeria, filmmaker Karim Aïnouz found himself experiencing the non-violent protests of the Hirak movement. Activist Nardjes filmed for 24 hours on 8 March 2019 on the occasion of International Women’s Day with a smartphone. The film portrays an international generation, politically committed, fighting for the democratic future of Algeria, the same country whose independence from France their parents and grandparents fought for.