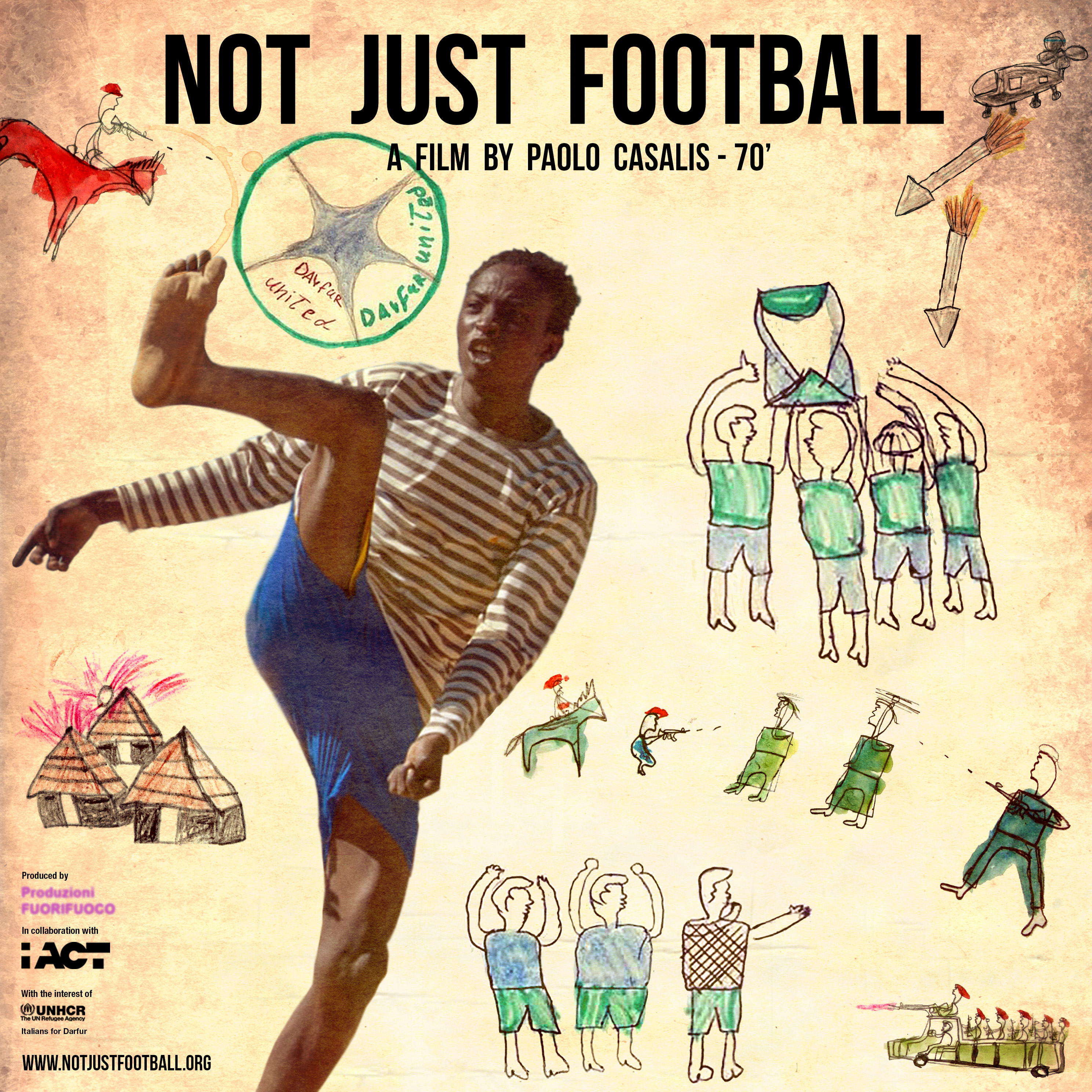 In 2005, Gabriel Stauring, a young activist from California, decides to travel to Africa – with a camera in hand – to do what he can to help the thousands of refugees from Darfur escaping from a cruel and dramatic civil war in Sudan.

Eight years later, Gabriel’s enthusiasm is challenged with disappointment: he has since created an NGO and is still risking his life and facing outstanding obstacles, but the international community is no longer interested in his mission.

What can he do, to re-capture the world’s attention?

In 2012, he creates “Darfur United”, a soccer team made of young Darfuri refugees living in the camps of Chad.

Not Just Football follows the journey of Darfur United players, from the dust of the refugee camps to the lights of the World Football Cup; and along the complex path of going from being refugees to becoming citizens.